Bolivia was my first stop in South America. I started in Sucre and Potosí, two cities in the southern part of the country.

The main reason why I started in Bolivia–and Sucre in particular–was to take Spanish lessons. The Bolivian accent is the Spanish equivalent of the English spoken by American newscasters. (My untrained ear can’t tell the difference between Spanish accents, but I’m going with what more educated people have told me.)

I took Spanish in high school but hadn’t spoken it in years. David, my wonderful instructor, quickly evaluated my skills (“skills” being a generous word) and honed in on refreshing my memory. We did a mix of lectures, speaking, reading, and writing. The four hours were jam-packed, but the intensive lessons were exactly what I wanted. Even though my brain hurt at the end of each class, I was excited to review and do my homework.

During my free time, I visited Cementerio General. Although it might sound morbid to visit a cemetery, the glass-encased tombs were fascinating. Many contained flowers, food, photos, toys, and other mementos. I could get a sense of the deceased’s personality simply by peeking into their tomb.

Convento de San Felipe de Neri offered the best views of Sucre. The church doubles as a school, so it’s open to the public only in the afternoons, after classes have ended. When I reached the rooftop, ominous dark clouds obscured the sky. 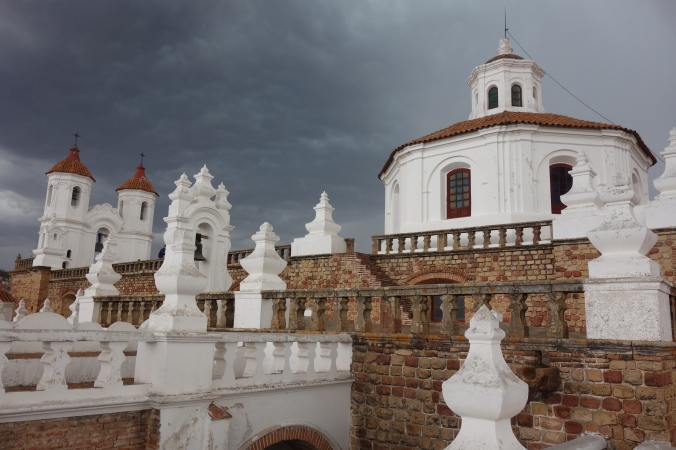 A few minutes into my visit, it started hailing, so I dashed under an arch for shelter. 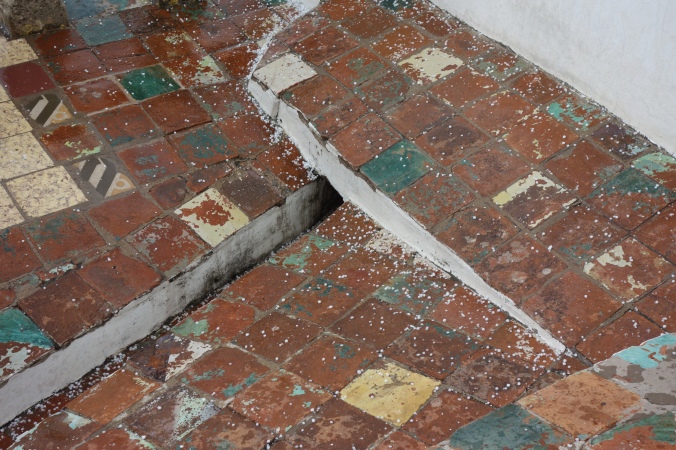 Fortunately, the hail stopped after about 30 minutes, and I was able to take in Sucre’s striking white walls and orange roofs.

I stayed at a hostel called Villa Oropeza, which had a rooftop terrace with a hammock. This became one of my regular spots during my stay, and I got to see a couple of beautiful sunsets.

Salteñas, or filled pastries, are a popular snack in Bolivia, and two restaurants compete for the best salteñas in Sucre. Unfortunately, I didn’t get to visit El Patio Salteñeria, one of the competitors, because its hours of operation always conflicted with my Spanish classes. However, I did visit Salteñeria Flores, which was right next door to El Patio. I had two salteñas: one beef and one chicken. The filling in the beef salteña appeared to be tomato-based. I preferred the chicken salteña, which included onions. Both salteñas contained a single olive, and the pastry was slightly sweet.

As a carb fiend, I bought a few rolls from Mercado Central (the central market), but I was disappointed to find they were all stale. However, a small bakery a few doors from Open Spanish was my saving grace, as it served fresh rolls every morning.

Living my best life with a fresh roll and hammock

Although the bread at Mercado Central was disappointing, the juice stalls were not. Just grab a stool, tell the vendor which fruit(s) you want, and a glass of fresh juice will be at your seat in a couple of minutes. 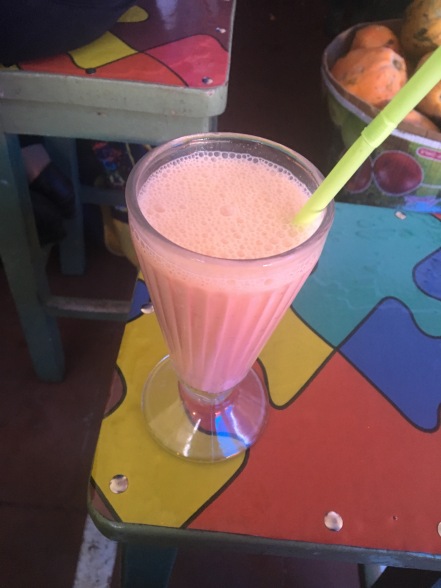 One restaurant I loved in Sucre was Bienmesabe, an arepa place. Although arepas may not be “authentic” Bolivian cuisine, Bienmesabe’s were excellent since they were made to order. On my first visit, I was starving and ordered two arepas. My eyes were bigger than my stomach: I was shocked when two arepas bursting with meat and cheese arrived. Although they were delicious, I wasn’t able to finish them. I got wiser on my subsequent visits and stuck to just one arepa.

This chicken arepa was a beast.

Potosí contains mines that have been in operation since the sixteenth century. Mine tours are a popular activity for travelers. I struggled with deciding whether to go on a tour since I didn’t want to disrespect the miners by gawking at them like zoo animals. I ended up booking a half-day tour with Koala Bolivia, as a portion of the company’s profits go to the miners. I admit this was an easy way to try to allay my conscience, so please–by all means–judge me if you think a mine tour is unethical.

Our guide Milton outfitted our group with boots, pants, jackets, helmets, and headlamps, and we headed to the mines. 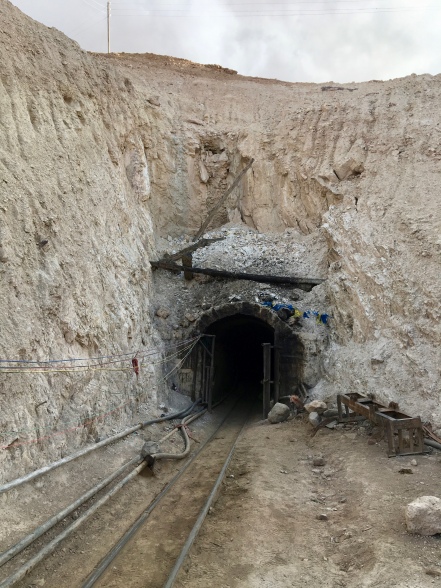 Entrance to the mines

Outside the entrance, we had a good view of the city.

I visited the mines on a Sunday, which is a rest day for most miners. However, we met a group of five miners who happened to be working. They eagerly accepted our gifts of coffee liquor, soda, water, and coca leaves and told us about their experiences. Boys (women aren’t allowed to work in the mines since they’re considered bad luck) as young as 14 and 15 work in the mines. Miners are paid about 1,500 to 2,000 BOB (roughly $215 to $287) per week and have an average lifespan of 50 years. About 14 miners die per month.

The miners prepared holes for 40 sticks of dynamite, which they ignited once our group was a safe distance away. It was unreal to hear the explosions in the dark.

We met El Tío, the guardian of the mines. He was surrounded by empty alcohol bottles, which miners gave as offerings to ensure their safety. El Tío had a…prominent appendage that Milton’s flashlight conveniently washed out.

I was in the mines for only about four hours, but the darkness was overwhelming even for that short period. While I didn’t suffer from altitude sickness, I was short of breath just from walking through the mines. My short peek into the mines put things into perspective–it was just a minuscule fraction of the harsh conditions the miners have to endure.

One thought on “Sucre and Potosí”