After crossing the border from Peru, Arica was my first stop in Chile. It’s a mid-sized beach and desert city in the northern part of the country. I spent a couple of nights there, but honestly, I wouldn’t have missed much if I had skipped it. The beach wasn’t picturesque, and the city didn’t contain many sights. I wasn’t wowed when I walked through the city center. 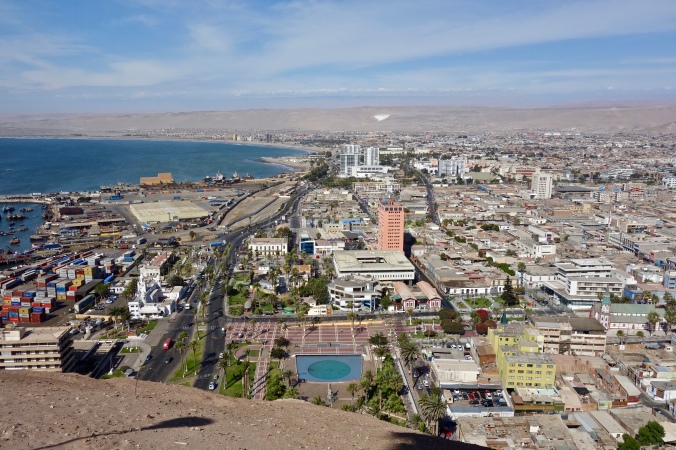 Iquique was my next stop in Chile. Although it’s also a mid-sized beach city by a desert, I felt more at home here than in Arica. The beach was more inviting, and it was pleasant to walk on the boardwalk and through the center. 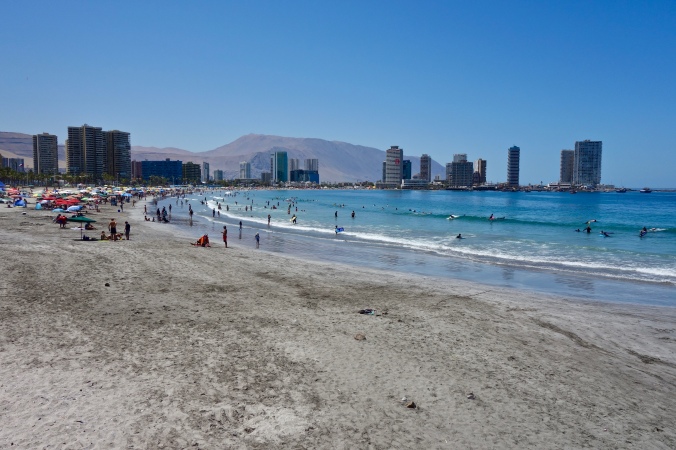 I also saw a couple of beautiful sunsets in Iquique. 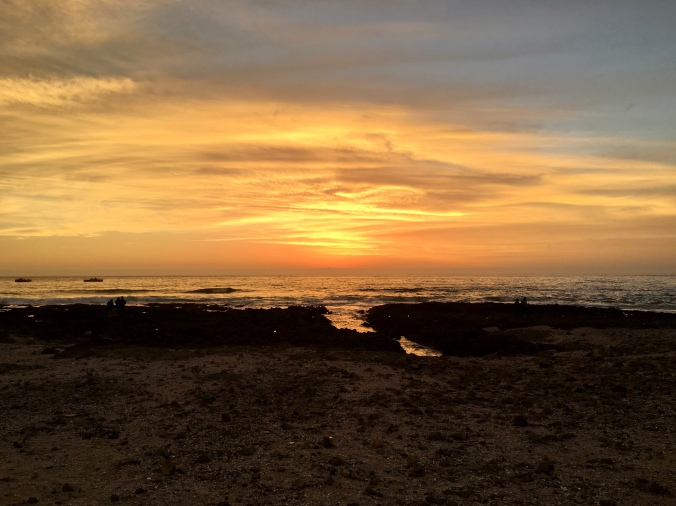 Iquique has good paragliding conditions almost every day of the year. I had never been paragliding, so I pounced at the chance to do a 30-minute tandem flight with Puro Vuelo. At 45,000 CLP (~$73), the flight wasn’t cheap, but it included a photo package and was more affordable than similar offerings in the US.

Puro Vuelo provided transport from my hostel to the takeoff point, and I got a safety briefing during the 15-minute drive. My job was easy: I just had to run during takeoff and then sit in my harness while my instructor maneuvered the wing. My instructor outfitted me with a helmet and neon green jumpsuit, and we did a couple of practice runs. “Don’t worry about anything else besides running,” my instructor told me.

Well, I failed at my one job. As my instructor was handling the wing, I felt him stepping around, and I shuffled with him. Within a couple of seconds, my feet were off the ground, and I was kicking air. I was dumbfounded: I had no idea we were taking off. 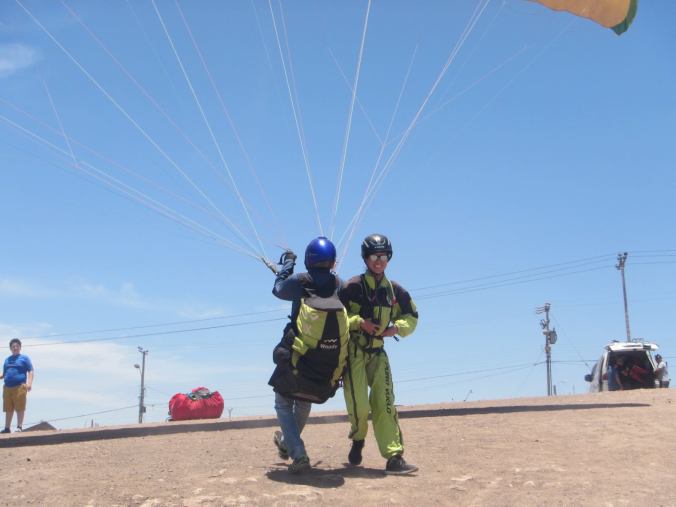 I’m sure my instructor told me we were about to launch into the air, but I must not have heard him. Good thing he was a pro, as I was basically dead weight for takeoff. He still managed to guide us smoothly above the city. 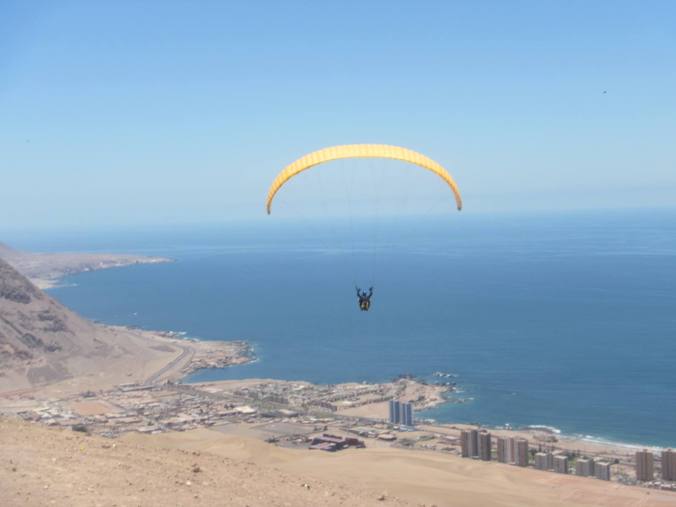 I might have failed at running, but I did a great job of sitting back in my harness and enjoying the views (i.e., doing nothing). Soaring above the city was exhilarating yet relaxing. I didn’t stop smiling throughout the flight.

My instructor brought us over the ocean, and I loved the different shades of blue. 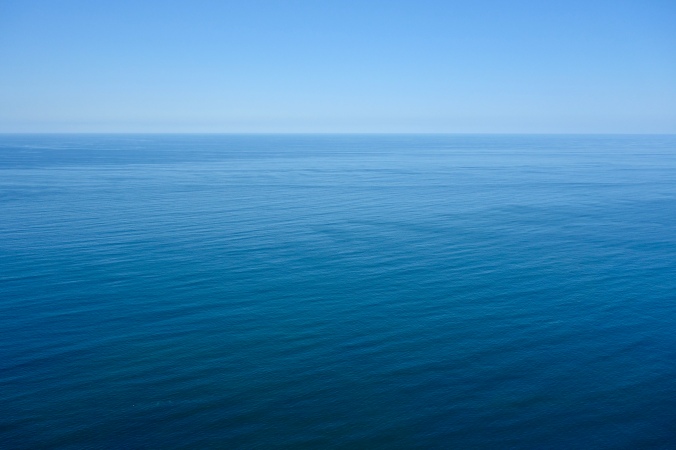 Paragliding is a different experience from skydiving. The rush from skydiving is incomparable. Dangling from the door of a plane 15,000 feet above ground was probably the single most terrifying moment in my not-so-eventful life (“OMG, what is this? Why am I hanging out of the door? Why? I’m gonna die. Why did I pay for this? OMG, are we jumping now? No, my instructor’s just shifting his weight. OMG, wait, he’s leaning outside. OMG, we’re falling. OMG, OMG, aaaahhh!!!”), but it was also so much fun.

That said, I have no desire to go skydiving again. Once was enough. After screaming through the first 20 seconds of free fall, I was ready for my instructor to deploy the parachute, but we still had another 40 seconds left. Since I had trouble breathing, those remaining 40 seconds of free fall seemed to take forever. I was relieved when my instructor finally opened the parachute, and I could take in the gorgeous scenery below us (and–oh, yeah–breathe).

In contrast, I was eager to go paragliding again the moment after I landed. The rush was milder than from skydiving, but everything was so easy. I could appreciate the views and just chill. I didn’t have a moment where I thought, “OK, this was cool, but I’m ready to be done.” If skydiving isn’t for you, paragliding might be a great alternative.