While I tried to enjoy Malaysia at a relaxed pace, I took a couple of quick trips in the country. One was a two-night stay in the Cameron Highlands, a hilly region known for tea and strawberries.

To get to the highlands, I took a four-hour bus ride from Kuala Lumpur. I can sleep in almost any moving vehicle, so I was passed out for most of the ride. We drove through winding hills for the last hour. A couple of passengers got sick and had to use the small trash bags that were placed at each seat. I was seated at the front of the bus, so I didn’t witness anything too grisly.

To make the most out of my short stay in the Cameron Highlands, I booked a tour with Discover Camerons. In the morning, our guide Appu picked up our group in a Land Rover and drove us to the BOH tea plantations. The plantations served as a verdant backdrop as we learned about the process of harvesting tea.

We then visited the Mossy Forest, where Appu pointed out a couple of tiny, carnivorous pitcher plants.

Appu explained the importance of conserving the forest, although he noted that the Malaysian government hasn’t recognized it as a national park. About half of the forest has disappeared over the past five years due to development.

We walked through the Mossy Forest and were treated to views of the highlands. 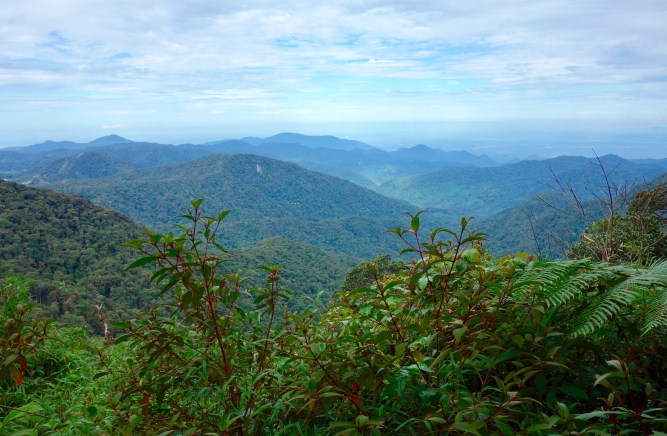 During our drive out of the forest, Appu noticed a cluster of wild orchids. 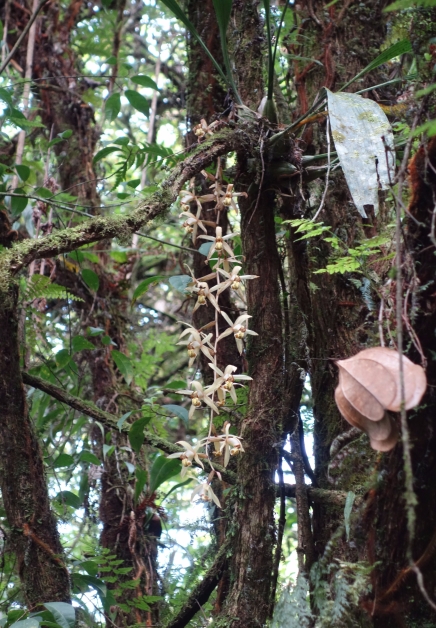 We visited the BOH shop, where we could had tea and a light lunch. I tried the Palais Supreme tea, which was delicately flavored. I don’t drink tea often in New York, but I fully enjoyed the tea in the highlands. I also couldn’t get enough of the green hills surrounding the shop.

We visited a butterfly farm in the afternoon. I was amazed by the camouflage of a leaf insect.

Can you tell which one is the insect?

The farm also housed several reptiles, including a cute bamboo snake and lizard. 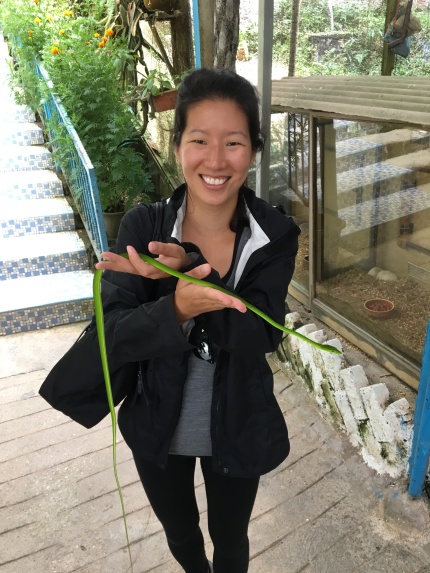 One of my new BFFs

My other new BFF

Another highlight of the tour was a visit to a strawberry farm. You could pay to pick your own strawberries, but I was content with just taking a photo and having a few fresh, already picked strawberries.

Cameron Highland strawberries are smaller and sourer than western strawberries. I loved the fresh strawberries, which were juicy, sweet, and a little tart. I also sampled a couple of jams and downed a fantastic strawberry milkshake.

The weather in the Cameron Highlands was wonderful. I had to put on my rain jacket in the morning since I felt a little cold – such a change from sweating through my clothes every day.

My other quick trip was a one-night stay in Melaka, a city in southern Malaysia that’s a two-hour drive from Kuala Lumpur. Melaka looks more like a European city due to Portuguese, Dutch, and British influences.

I visited Melaka on a Sunday, and it was bustling in both the day and night. One of the main attractions is the appropriately named Red Square, which features a clock tower.

A river is in the center of town, which provided pleasant scenery for a walk.

In the sixteenth century, the Portuguese built a fortress called A Famosa, the gate of which is still standing. 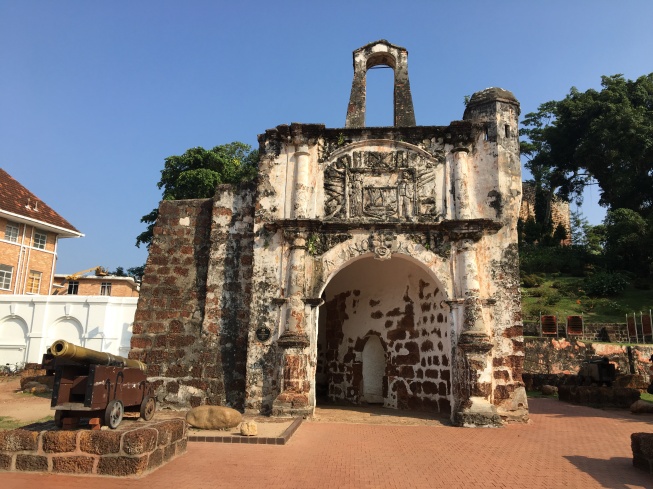 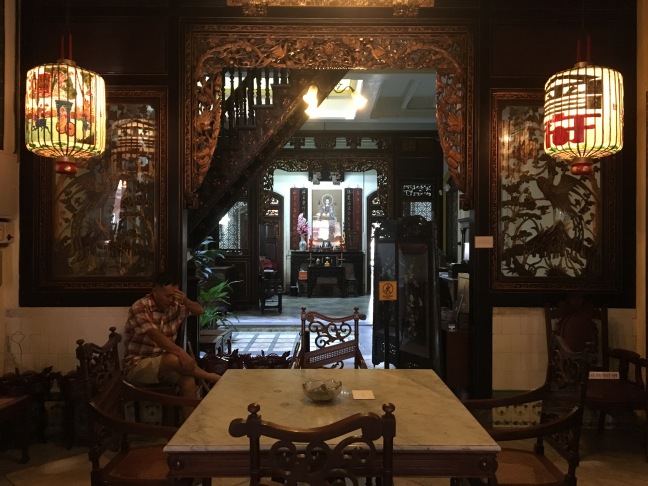 On weekends, there’s a night market on Jonker Street, featuring an assortment of food and souvenirs. I was distracted by the trishaws that were adorned with lights and cartoon characters. The characters included Pokemon (my favorite), Hello Kitty (a close second), the minions from Despicable Me, and Anna and Elsa from Frozen.

No, I didn’t ride one of these.

I purposely visited Melaka on a weekend because I wanted to see the Jonker Street night market. Other travelers who visited Melaka on weekdays reported that it was quiet, which might be better if you want a more peaceful experience in the city.