When I was in Peru, a bunch of travelers advised me to spend as little time in Lima as possible. “It’s nothing special. It’s just another big city,” they said. With those less-than-stellar reviews, I arrived in Lima with few expectations.

Maybe I just wanted to be contrarian, but I ended up liking Lima so much that I stayed there twice. It might not have been the prettiest or most glamorous city, but it had plenty to offer.

I stayed in the Miraflores neighborhood, which had some of the city’s most expensive apartments and houses. I didn’t care much about that, but I liked having a view of the ocean on my daily walks. There were many people-watching opportunities, as I shared the sidewalk with runners, bikers, skateboarders, rollerbladers, and dogs. 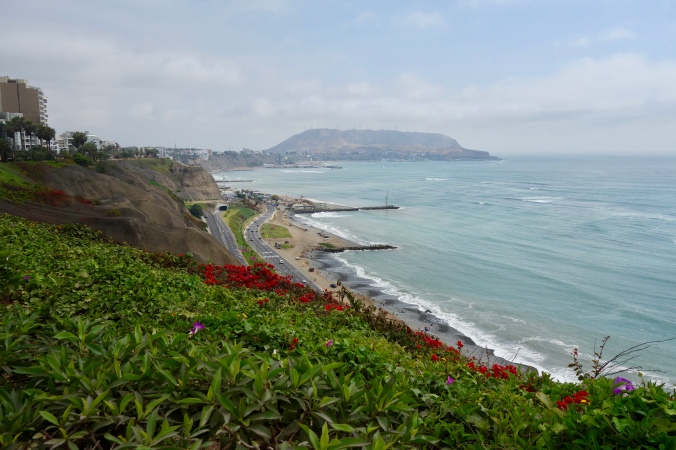 One of the first things I noticed about Lima was that it was almost always cloudy and humid. Even though it constantly felt like it was about to rain, locals proclaimed, “Nunca llueve en Lima [It never rains in Lima].” I thought that was just tempting fate.

Sure enough, it rained during one of my nights in Lima. A bartender at one of the hostels I stayed at put a positive spin on it: we were “lucky” to be witnessing such a rare event. Silver linings, right?

While my accommodations were in Miraflores, my heart belonged to Barranco, its southern neighbor. If Miraflores is the posh older sister, Barranco is the cool, hipster younger sister. I’m not cool or hipster, but I still loved the vibes. Barranco had great restaurants and museums, and walls were covered in vibrant street art.

The presence of street art meant that a #boyfriendofinstagram had to be close by. 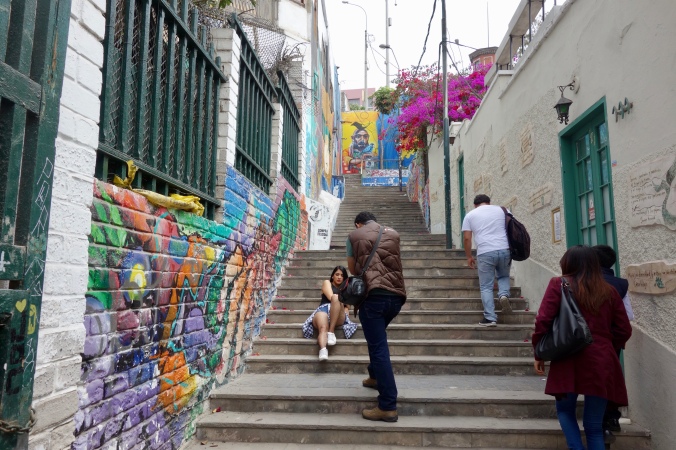 To learn more about ancient cultures in Peru, I visited Museo Larco. Flowers adorned the grounds and the exterior of the museum.

On another afternoon, I visited Convento San Francisco in the city center. The monastery contains beautiful art and architecture, but it’s probably most well known for its underground catacombs. Photos weren’t allowed inside, which might be for the best—it was eerie to look at rows of hundreds of bones and skulls.

To visit the monastery, you’ll need to join an hourlong tour (offered in Spanish and English) for 10 PEN (~$3). The tour was thorough and informative, and I certainly got my money’s worth.

Although I didn’t know much about Lima before visiting, I had heard that it had excellent dining options. The food didn’t let me down, and I never stopped thinking about my next meal during my stay.

Since I love seafood, I couldn’t miss out on ceviche. La Mar Cebicheria in Miraflores got a lot of hype, but it was also pricey. For a more affordable option, I went to La 73 in Barranco. At 52 PEN (~$16) for ceviche and lemonade, it was still one of my most expensive meals in Peru. However, I loved the mix of the tender fish, sour citrus, and crispy corn kernels. 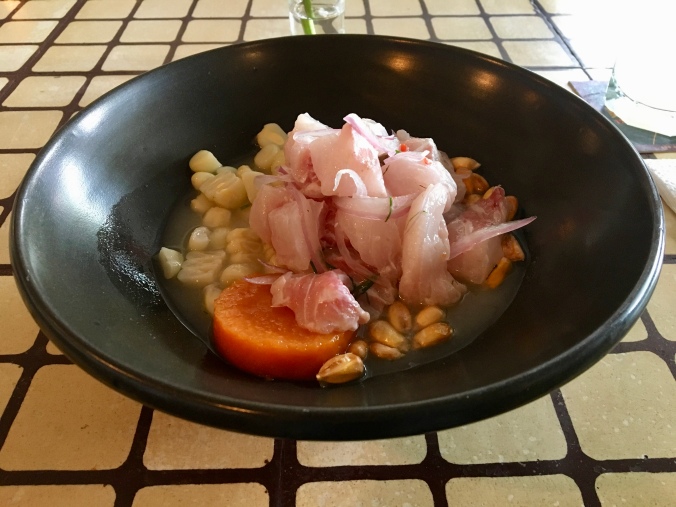 After having eaten stale bread for almost a month in Bolivia, I ate my weight in fresh bread in Lima, which had a sandwich stand on almost every corner. My favorite (and admittedly, the most touristy and crowded) was La Lucha Sangucheria Criolla. La Lucha has several locations in the city, and you can choose from a variety of sandwiches and juices. On my first visit, I ordered a pork sandwich. The cashier asked, “Con un huevo frito [With a fried egg]?” Why not? “Palta [Avocado]?” Sí! “Papas fritas [French fries]?” Duh. She knew me too well.

When my sandwich arrived with fries and a strawberry-orange-pineapple juice, I was in heaven. 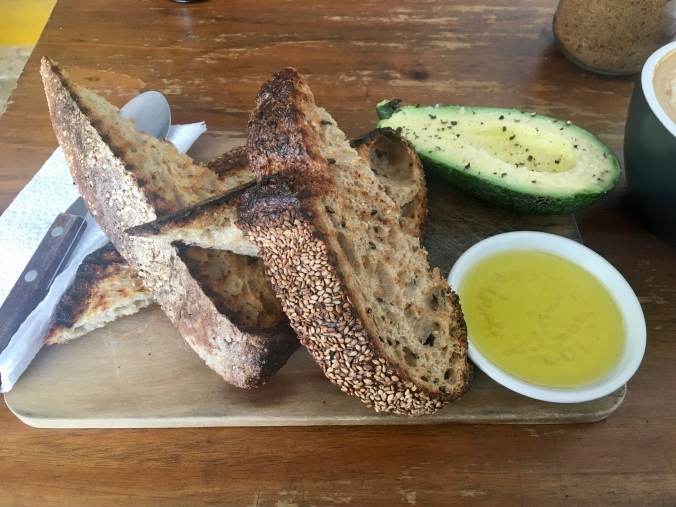 The mother of all avocado toasts

I had assumed that avocado toast was an Australian cafe thing (to the extent that you can “invent” putting a bunch of mashed avocado on a piece of bread), but South America proved me wrong. Avocado toast was everywhere in the continent. I never got tired of it and could eat it for breakfast, lunch, or dinner…and sometimes twice a day.

On the sweet side, Inca Kola is the soft drink of choice for Peruvians, beating Coke in market share. I’d had Inca Kola in the US years ago but forgot what it tasted like. A fellow traveler compared it to cream soda. He was almost right; I thought it tasted like cream soda mixed with Red Bull. With its radioactive yellow color and cloying sweetness, a bottle of Inca Kola was too much for me to finish.

I have a sweet tooth, but this pushed my limits.

In contrast, I had no problem polishing off gelato from Blu in Barranco. After I got scoops of pistachio and gianduja, I stepped outside of the crowded shop. The ice cream started melting immediately, and I raced to finish the cone before it became an unsalvageable puddle. The gelato was rich and creamy—perfect for the humid days in Lima.

Lima has several restaurants on the World’s 50 Best Restaurants list. Dinner tasting menus were outside of my backpacker’s budget ($100+), although the restaurants were more affordable than peers in New York. I also thought I wouldn’t be able to get in the door without making a reservation at least a month in advance.

After I left Lima, I met a Dutch foodie who said he was able to reserve lunch at the Nikkei restaurant Maido with just a couple of days’ notice. He kept his bill under $50 by ordering a la carte—still pricey but easier to swallow on a budget. Lunch was such an obvious alternative to dinner that I don’t know why it never occurred to me while I was in Lima. Hindsight, 20/20.

A couple of other things made my stay in Lima memorable: