I’ll be upfront: Nha Trang was my least favorite destination in Vietnam. It’s known for its beach, nightlife, and Russian tourists. None of these really grabbed my interest, so I was leaning toward skipping it. However, one of my roommates in Hoi An suggested I spend a night in Nha Trang to break up the long journey from Hoi An to Dalat. Ultimately, I’m glad I stopped in Nha Trang since I got to take a scenic easy rider trip from there to Dalat, but the city was otherwise skippable for me.

To get to Nha Trang, I booked a sleeper bus from Hoi An with a travel agent. Sleeper or overnight buses are notorious in Vietnam. Bus drivers honk frequently and overtake other vehicles on hairpin turns in the dark. Accidents are common. Travelers also told me about how their buses were overbooked, and people were forced to sit in the aisles. Nonetheless, backpackers still use sleeper buses to save money on accommodation for a night.

Sinh Tourist and Phuong Trang/Futabus are among the more reputable bus companies. If you do have to take a sleeper bus, you’re more likely to have a passable journey with them. However, general wisdom is that you should avoid sleeper buses and rely exclusively on daytime buses. Trains and flights are safe but more expensive. They also serve fewer destinations than buses.

I made a mistake by failing to ask my Hoi An travel agent which bus company was issuing my ticket. I ended up with a Queen Cafe bus that was scheduled to leave Hoi An at 6:30 PM and arrive in Nha Trang at 5:30 AM the following day.

On the afternoon of my bus ride, a Queen Cafe minivan picked me up from my hostel and brought me to the bus stop. The bus actually left early at around 5:30 PM. Even though the driver stopped about every half hour to pick up locals and cargo from the street, no one ended up sitting in the aisle. The drive itself was pretty normal for Vietnamese standards, and I was fine with the honking.

Without a doubt, the worst part of the ride was that the driver constantly smoked inside the bus. I’m not particularly sensitive to cigarette smoke, but the driver smoked the foulest-smelling cigarettes I’ve encountered. They were like a mix of fresh tar and sulfur. Unfortunately, I sat toward the front of the bus, so I wasn’t able to escape the smoke. Even after I left the bus, I kept getting whiffs of the smell for the rest of the day.

I felt a little down in the first place since I was starting to get a cold; I suspect I caught it from one of my roommates in Hoi An. I didn’t sleep much due to the smoke and my cold, so I was grumpy when we arrived in Nha Trang ahead of schedule at 4:45 AM. I took a five-minute taxi ride to Mojzo Dorm, my hostel. Thankfully, I was allowed to sleep in a bunk on the ground floor until a more reasonable hour and take a shower.

After I took time to recover from the bus ride, my first stop in Nha Trang was the beach, which was less than a five-minute walk from the hostel. I was surprised the beach was quiet until I stepped onto the sand; it was blistering hot. I snapped a couple of photos and then retreated to a cafe.

If this appeals to you, go to Nha Trang!

I wanted to visit the Po Nagar Towers, but it was drizzling by the time I left the cafe. I decided to walk the length of the beach instead to kill time. The rain and clouds cooled the sand to a more manageable temperature. By the time the clouds cleared, I was too exhausted to venture to the towers and just continued my walk on the beach. Since I wanted to get a good night’s sleep to try to beat my cold, I didn’t check out the nightlife in Nha Trang.

I’ll admit that the sleeper bus and my preconceptions of Nha Trang might have colored my impressions of the city. I might have enjoyed Nha Trang more if I hadn’t been so sleep-deprived and resistant to visiting it in the first place.

Although I wasn’t impressed by Nha Trang, I did like Mojzo Dorm. Both the staff and fellow travelers were friendly. The hostel provided free breakfast in the morning, free tea in the afternoon, and free beer in the evening. We also had the option of joining a “family dinner” for $3, which was a good way to meet other travelers.

In contrast to my lackluster stay in Nha Trang, I had a great two-day, one-night easy rider trip from Nha Trang to Dalat. I booked the tour through Mojzo Dorm, and my guide was a Nha Trang native named Cuc. We stopped on what must have been the only paved road in Vietnam that wasn’t bustling with traffic. 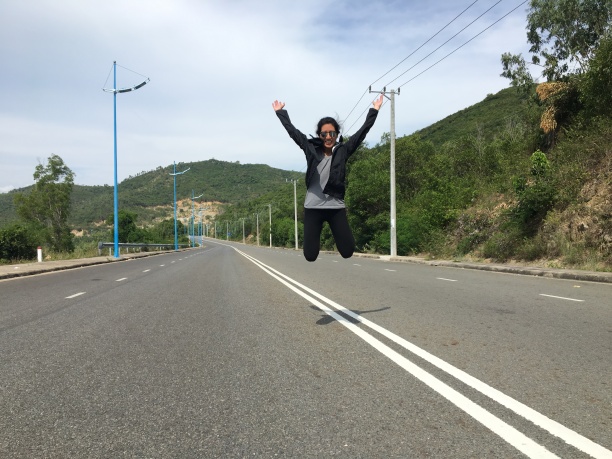 We made several stops on our way to Lak Lake, our overnight destination. My favorite was at the top of a kiln for a brick-making business. We got a view of the rice fields below and the incoming storm clouds.

We arrived at Lak Lake in the early evening. We were staying in a quiet village, so the surroundings were peaceful, even with the impending downpour. 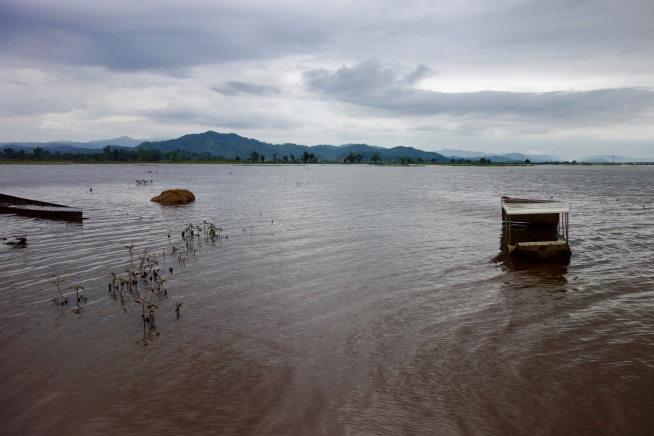 The next morning, Cuc took me to a pho place for breakfast. The pho was as good as the ones I had in northern Vietnam, the supposed birthplace of the dish.

The second day was full of lush landscapes and panoramic views. Unfortunately, I didn’t get to take photos of the most scenic parts, which we zoomed past. I blame myself for hesitating to ask Cuc to stop for photos, as he made it clear he was willing to stop whenever I wanted. Regardless, I was happy with the photos I managed to take. 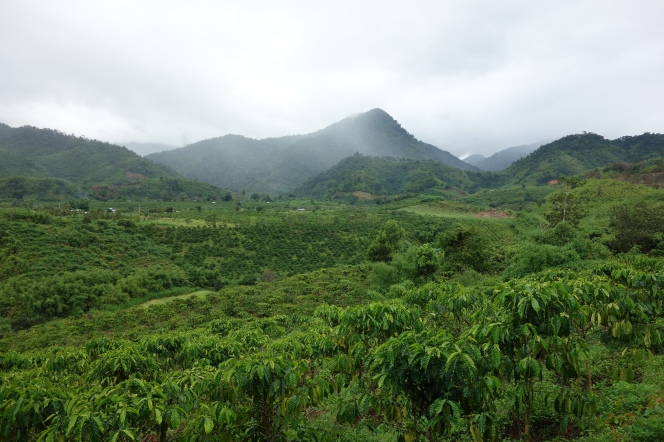 There were dozens of photos I missed that were more scenic than this. 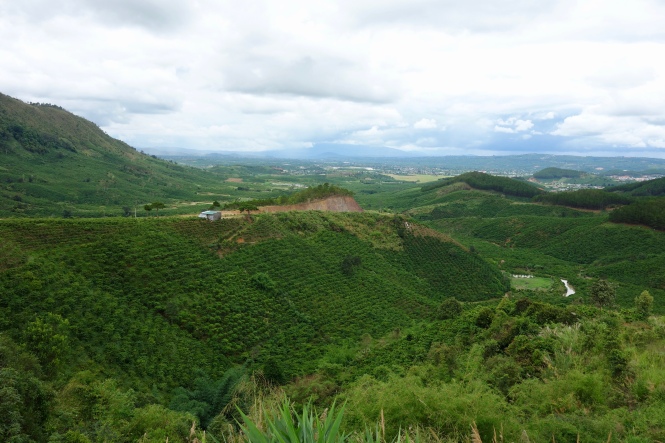 It poured for part of the second day, but Cuc made sure I was outfitted with a poncho and water-resistant pants. Besides my hands and the part of my face that wasn’t covered by my helmet, everything else remained completely dry.

Unfortunately, Cuc doesn’t have a website, but you can request him for an easy rider tour from Nha Trang to Dalat if you stay at Mojzo Dorm. The Hai Van Pass seems to be the most widely known motorbiking route in Vietnam, but I’d absolutely recommend motorbiking between Nha Trang and Dalat as well.