When I arrived in Dalat, I immediately noticed that it was cooler than most of my other destinations in Vietnam. Highs were in the upper 70s for most of my stay, which was welcome relief from the stifling heat and humidity in other cities.

Dalat is home to several unique structures. I first visited Linh Phuoc Pagoda, which was about a 30-minute train ride from the center of Dalat. The mosaic work was impressive. Photos weren’t permitted inside the pagoda, where the most intricate work was, but I took plenty of photos of the exterior.

The basement contained depictions of hell that resembled a haunted house, complete with creepy music and maniacal laughs. I was grateful there were no jump scares. 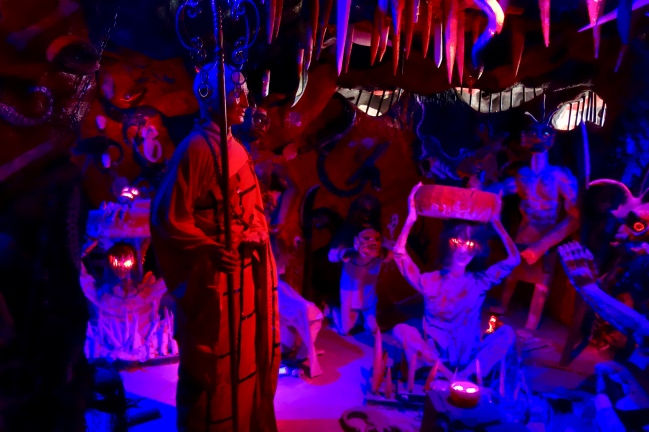 Dalat also has the “Crazy House,” built by a Vietnamese architect as an homage to nature. The structure is freeform and resembles something by Gaudi. I felt like I was in a Harry Potter book. There were many narrow stairs with low guard rails on the exterior of the building. My lawyer brain surfaced, and I thought a building like this could never exist in the US. The house is still under construction, but accommodations are available to guests.

It’s best to go to Crazy House around the time it opens (8:30 AM) or closes (7 PM). Travelers who went around opening or closing said the house was almost empty, so they could explore the house at their own pace. I went at around 2 PM and was skirting around tour bus groups during my visit; this was sometimes difficult on narrow stairs.

The one resounding recommendation I got from other travelers before visiting Dalat was “Maze Bar” or “the Maze.” Web searches show that Duong Len Trang and 100 Roofs Cafe are the bar’s “official” names, but everyone will know which bar you’re referring to if you mention “the Maze.” As the unofficial name suggests, the bar is a labyrinth, full of winding staircases, ladders, tunnels, and alcoves.

Emerging from a ladder at Maze Bar

I’d guess that the building consists of five or six floors, but it was difficult to keep track. I went to Maze Bar three times and found new spaces on each visit. The bar also has plenty of detailed features, so I was endlessly entertained.

I have no clue what these designs represent (or if they’re supposed to have any meaning), but why bother questioning anything at Maze Bar?

If you go with a group, you can stick together or split up. If you split up, you can compare notes and talk about what you saw once you reach the bar at the top of the building. You can’t miss the bar as long as you keep heading in an upward direction. It’s also easy to start conversations with people you encounter as you explore the maze. My favorite part was the basement, which featured a psychedelic octopus. 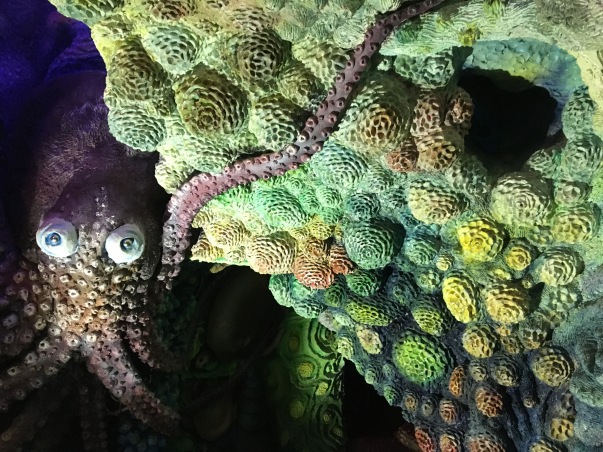 You’re required to buy a drink to enter the bar, and the cheapest option is a can of beer at 40,000 VND (less than $2). A cheap price for a guaranteed fun night out.

I also hiked up Lang Biang, a peak that is about a 15-minute drive from the city center. Instead of taking the paved tourist route, I followed a hiking trail to the right of the main entrance. Other travelers warned me that the hike was tough, especially near the peak. The owner of my hostel advised me to wear long pants since leeches were a common sight on the trail.

I don’t exercise regularly, and this was the toughest hike I’ve done. The first third of the hike was steep, and I had to take regular breaks for water. I already considered turning back but was determined to make it to the top. 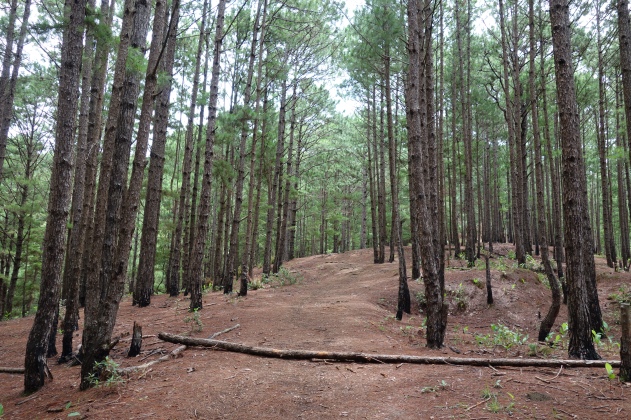 The view during the first third of the hike

The second third was easier since it was more level. There were patches of mud toward the end of this part, and I noticed a few leeches on my ankles and shoes. I managed to get them off, but I became paranoid about leeches and checked my ankles every few minutes. I also did a Google search to ensure I didn’t need special treatment for leech bites. (If you’re curious, they’re not particularly dangerous, and the risk of infection is low. Thanks, Google!)

The last third of the hike was killer. It was slippery, and there were steps that were as tall as my mid-thigh. I don’t curse often, but I let out some choice expletives every time I saw another set of stairs.

When I made it to the peak after about 2.5 hours, I was so exhausted that I couldn’t appreciate the view much. The clouds were also coming in, so I wanted to start the downward hike to avoid potential rain. I had to take a few photos, though, to prove that I made it to the top.

Proof so I never have to do this hike again

Among the clouds on Lang Biang

I had to tackle the steep stairs again on the way down, but I opted for the paved road once I cleared the steps. I’m glad I did the hike, but I’ll never do it again. If you don’t like steep inclines and leeches, you should probably avoid the hike up Lang Biang. If you do want to do the hike, bring plenty of water. The whole trek took me about four hours.

I stayed at Wolfpack Hostel for four nights and highly recommend it. The atmosphere at Wolfpack was great for meeting other travelers, as people socialized in the reception area and during breakfast and dinner. The family that owns the hostel was welcoming and provided a filling free breakfast every morning. Guests could pay $3 for a delicious “family dinner” most nights. The owners  provided free ginger tea and bananas in the reception area all day. They also had a honesty policy for drinks: we could take water, soda, and beer (at prices cheaper than most convenience stores) from a fridge in reception and keep our own tally. The family trusted us to report the number of drinks we took once we checked out.

After I came back from Lang Biang, my muddy sneakers were cleaned and dried—the owners had taken care of this without me asking. I was so surprised and delighted; my shoes were as clean as the day I bought them.

As much as I loved Wolfpack, there are many great hostels in Dalat. All the travelers I met who went Dalat raved about the hostels they stayed in. Cozy Nook, Mooka’s Home, and Dalat Friendly Fun were a few other hostels that got glowing reviews from other travelers.

A few other notes about Dalat: